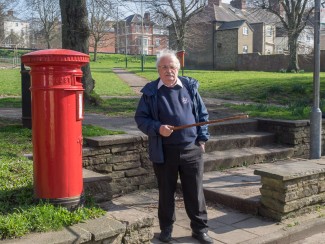 George Fleming the creator of our walk shows you our starting point at the post box on the Greencroft.
John Palmer 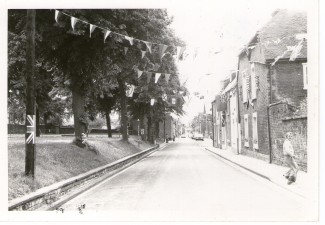 Greencroft Street, decorated for the Coronation 1953 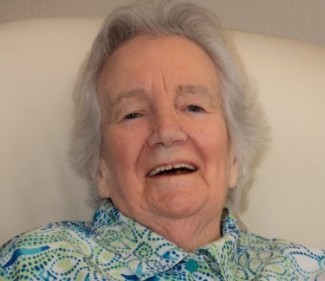 Our starting point is by the red post box, on the Greencroft, opposite the entrance to Salt Lane and EdDibbles at the Park.

In the 1970s, the cafe was ‘The Little Junk Shop’ owned by Jim and Mary Smith.

Jim was also the author and illustrator of the ‘The Frog Band’  – a series of children’s books still available today.

Jim’s widow recalls an amusing joke Jim played on the local children.  Listen to the audio clip on the right of the page or on the MP3 file from the downloads page.

Just opposite the post box to our left are the premises of Salisbury Printing.  They are built in what was once a distinctive local style.  Note the use of flint (the local rock) in the building material. Originally this building was a malting, where barley was turned into malt for the brewing of ale and beer.

If you look at any old map of Salisbury you will find them everywhere – there’s even a major shopping precinct called ‘The Maltings’, just off the City Centre. And, as we’ll see on this walk, there were once plenty of pubs in which to swallow the finished product.

‘Salisbury is a city of pigs, pubs and parsons’  Old Local Saying

The allusion to pigs is a reference to Salisbury’s reputation as a livestock market and the prominence of Wiltshire ham as a by-product.