The final scene of the Jubilee Mural contains five items related to Salisbury’s royal celebrations, which people brought along to our Memory Day. They don’t show up very well on the screen. The best way to see them is to visit the mural, but if you can’t here are photos of them. The downloadable PDF document below has an annotated picture of this part of the mural. 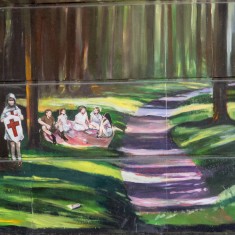 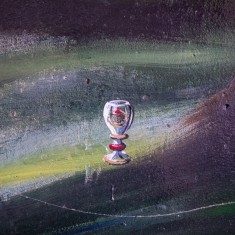 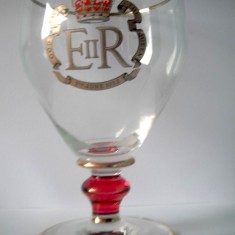 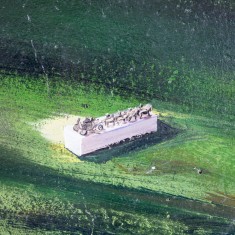 A small model of Her Majesty's state coach, given to Salisbury children as a souvenir of the 1953 coronation
John Palmer 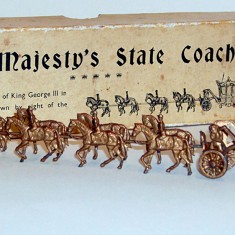 A small model of Her Majesty's state coach, given Salisbury children for the Coronation
John Palmer 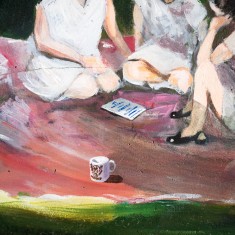 Souvenirs of the 1953 Coronation in the Jubilee Mural - the programme and a mug, which was given to each child.
John Palmer 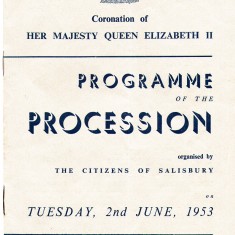 The cover of the prgramme for Salisbury's 1953 Coronation procession 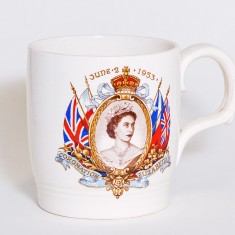 A mug celebrating the 1953 Coronation was given to each child in Salisbury. My mother had to collect our mugs from a building in St. Thomas's Square that was next to Snell's café and chocolate shop.
Photograph taken by John Palmer 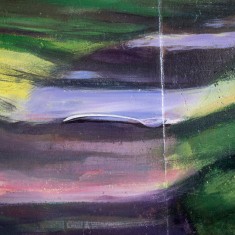 A picture of a large silver spoon, used to baste a roasted ox in the market Square for Queen Victoria's Diamond Jubilee
John Palmer 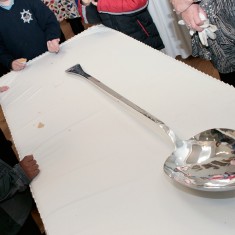