You are here: Home>People>Ken Edwards>7. Growing Up, and Starting Married Life

7. Growing Up, and Starting Married Life 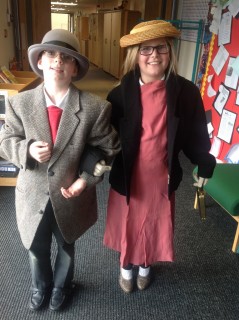 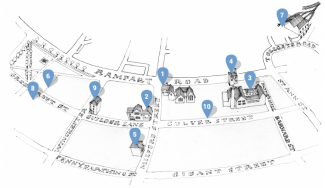 As Ken grew into his teens he discovered other ways to socialise:

“When we got a bit older of course we went to … all the coffee bars around town in the Sixties.

There was The Orchid in Castle Street, that was up the lane opposite the post office there. There was the Two Eyes up in New Street, which was quite a thing, and The Mandarin. ‘Cos The Mandarin did Russian tea. Then there was the one up Fisherton Street. Some of them, like Man Friday, that was very bright yellow paintwork and black seats and very narrow with just a little bar and tables and chairs and that was it. The Orchid was a little bit nicer, sort of beigey … and nicer seats in there. But they used to get a lot of people in these coffee bars. They were like bars, really, bit like going into a pub but drinking coffee!

Coffee or Russian tea. You had this Russian tea thing with a sort of tea with no milk in it in a big glass. Then a lemon in it. But otherwise, it was just expresso coffee. All you had. And a packet of crisps. Oh they were great”.

When Ken got married he moved out of Greencroft Street, but didn’t go far:

(Estcourt Road is to the left of the Project Map, a continuation of Rampart Rd, although it does not actually appear on the Map).

“It was above the cake shop, as it was then, which is on the corner of Park Street. That was our first little flat. Nearly burnt down one night. We had to come .. in through a cellar below the shop, and I thought, ‘That’s funny. What’s that there?’ And the.. electric cable ‘ad fractured, or burnt its way through a gas pipe, and ignited it.. and there’s just like a volcano coming along the ceiling, this gas pipe burning…. So I phoned the fire brigade and said who it was and [chuckles] me uncle worked for the fire brigade in those days and ‘e realised who it was and so we literally had half the fire brigade in Wiltshire, I think, suddenly turn up. But then they evacuated us ‘cos they got worried because it burnt back to about six inches of the meter. ‘If it hit the meter,’ he said, ‘whole street would have gone up.’ But they managed to get it off and they said, ‘We’re staying here until the ‘mergency gas people turn up.’ And this chap on his bike turns up. ‘I’m the emergency gas man.’ [laughs] I’ll never forget that!”