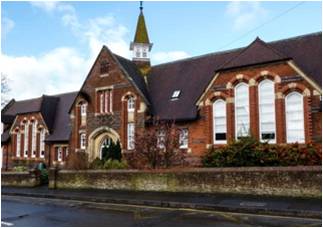 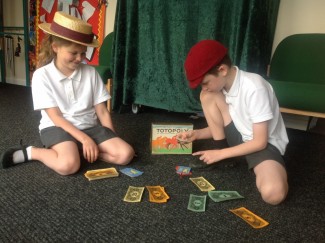 “We all went to school there, infant school and junior school, people in the whole area those days you didn’t get a choice you just went to your local school. We used to go through the Council grounds and play cowboys and Indians on the way to school in the Council grounds. But it was a lovely little old school; I can remember that. Mrs. Gregory was the nicest teacher. She was quite young in those days, and – I think she’s still alive actually, but she’s in her nineties now I think.

I think a lot of it’s the teachers you ‘ad and I think but I don’t know, teachers those days seemed to sort of know you more than what they do today and they stuck around for a long time. Once a teacher went to a school that was it, they stayed there ‘til they retired.

At the back of the school in those days we had a huge playing field, which is now the dual carriageway and the playing field went down to the railway so we could watch the trains go by…. and we did running in the field. It was a big, big field we had there all the way down before the road went in.

I did a lot of running, went to the area sports, I won couple of little medals at the area sports at the park. And then we got the relay team, we got through to the county sports and we had to go up to Devizes. And, we done quite well for St. Mark’s, proud of St. Mark’s we were.

We did have a uniform, we had a grey blazer or a black blazer – you ‘ad a choice on those and the badge was black with a lion on it. We had a grey cap with a badge with the lion on, and grey pullovers, grey trousers an’ a black and red tie, stripey tie… you all had to wear your uniform, you didn’t have your uniform you were sent home.

It was very strict, or we thought so at the time. You didn’t do the…. otherwise you had the slipper, even the older ones had the slipper. Not many did I don’t think ‘cos we were all very good in those days. But yes they’d have your parents in if you were misbehaving or anything like that. I remember it as a happy occasion at St. Mark’s, very happy”.

At the age of eleven, Ken progressed to secondary school:

“I went to St Thomas’s after I left there. That was down in St Thomas’s Square by the church. My main experience there is we’re always going somewhere, because if we did sport we had to walk all the way up to Hudson Field …. for carpentry and gym we had to go round to Brown Street. For some music and choir things we used to go up to the back of the United Reform church, so we always seemed to be wandering about. For some reason, one term we did our English in the church, which was very cold because it must have been in the winter ‘cos I remembers we had duffle coats and hats on, and trying to write with gloves on was a bit … but it was very cold in there.

It was quite a good school because you ‘ad what was Snells as one side of the school, which was the English block and Maths block, and you had the playground in the middle. It was very small o’course as you can see when you see it. And this side you had the science block which used to run all the way along where those estate agents are, it used to go right to the end of that little walkway. Yes I was there for… about eighteen months I s’pose, two years, before we then moved up to Bemerton Heath, it was St Thomas’s up there, and then it become Westwood and it’s evolved ever since, but it was a boys’ school when it was built”.

We don’t have any photos of St Thomas’s School when it was on its town centre site. Do you have any you could share here?