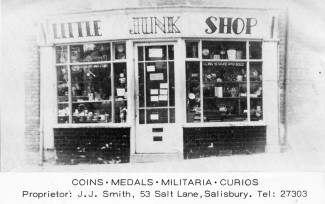 Postcard of the Little Junk Shop, with kind permission of Mary Smith 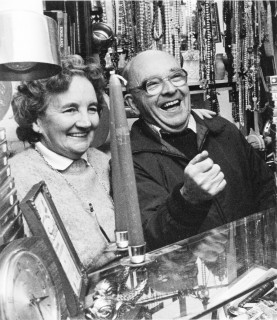 Jim and Mary having a laugh behind the counter. With kind permission of Mary Smith 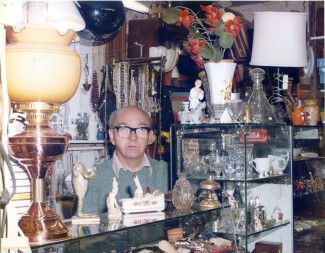 Jim behind the counter. With kind permission of Mary Smith 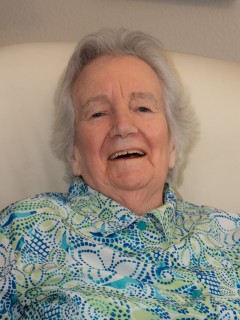 The Little Junk Shop was a very popular shop on the corner of Greencroft Street and Salt Lane, run by Jim and Mary Smith.

The shop opened in 1960. At first it was just one room, but it then expanded back so there were three rooms in all. It sold coins, medals, china, records, tapes, dinky cars, other toys, lamps, cameras, unusual items and paperback books among many other things. As Mary remembers, “So it really was, as we said, a little junk shop.  We seemed to sell everything…”

Jim’s career as an author also meant that they sold his books,  which he used to autograph and draw pictures in for his fans.

The shop was frequented by all sorts of people – bikers, actors, schoolchildren, tourists, and it was sometimes more like a club than a shop. Jim delighted in mischief, making people laugh, and playing tricks with the stock. He was great with children, giving  gifts of dinky cars and telling them stories. ” Jim he loved making people laugh we had such a lot of fun and nobody ever took it badly… but it was always so many laughs I mean everybody loved coming in you know it was great fun.”

The shop closed in 1988 “…my husband had had a very severe stroke in ‘87 and I he was in a wheel chair and course I had to look after him but I kept the shop going because I thought maybe it would do him good to be able to get in and be with people but unfortunately it had taken his speech and he couldn’t talk to people and I had quite a lot of upset because people would look over the top of his head and say how is he and that made me very cross but I did  keep the shop going.  I often wonder how I managed it for eighteen months and then I had to give up because it was just too much.  “

The original fascia board, handpainted by Jim, was donated to Salisbury Museum. The shop is now the popular Ed Dibbles cafe – opposite the starting point for our Memory Walk.

Listen to Mary Smith talking about the shop by clicking on the audio button below her picture at the bottom of the page.

Do you have any memories of the Little Junk Shop to share with us? We would love to hear them!