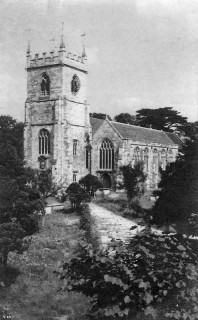 Ken Edwards was born and brought up in Greencroft Street.
Anna Tooth

St Edmund’s Church, now Salisbury Arts Centre, was founded in the 13th century and underwent many changes over the centuries, notably when the tower collapsed in 1653, crushing most of the building. However, perhaps the greatest change occurred in 1975 when the church, which had suffered dwindling congregations, was transferred to the ownership of Salisbury District Council for the purposes of social, recreational and educational activities. Salisbury Arts Centre was born, and has seen several changes itself since its creation.

You can read more about the history of St. Edmund’s Church and the Arts Centre here.

Some of the residents who shared their memories with the Milford St Bridge Project were active members of the congregation.

“St Edmund’s was the hub of the community in those days……it was very sad when that shut.

Ken had a variety of roles in the church over the years:

“I remember my sister taking me to Sunday School. You used to get these little stamps you put in a book.  I remember that.    I don’t know what they did but … every time you went you had to get a stamp to go in your book.

When I was small I joined the choir.  When I was seven, at St. Edmund’s.  My brother was in the choir. And my father was a sidesman there and mother did a lot with the Mothers’ Union and things like that.  So, yes, we were very much involved with the church.  Ah, as was a lot of people in that area.

I started in the choir in St. Edmund’s and then went on to ring the bells, and my brother rung the bells. And we had … a good hand bell team; my brother had … a good set of hand bells which are in the bank now, ‘cos when St.Thomas’s took ’em over they realised they were worth a lot of money so they put them in the bank”.

“I started ringing the bells when I was about twelve.  I couldn’t ring it for long but eventually I used to get ‘em pulled in.  I used to get time off from work and go and ring the bells for weddings and things like that, and sometimes if they were a bit short I have been a server..  I’ve rung the bells, dashed down, put the things on, served at the altar, gone back, got up and rang the bells on the way”.

Changes on the way

The demolition of nearby streets and houses for the Ring Road had an effect on the congregation of St. Edmunds, as Michael Winterman recalls:

“I remember the compulsory purchase procedure that took place with regard to a lot of the properties … in particular at the top of Winchester Street, there were a row of lovely little almshouses, and I remember in the years I was at St. Edmund’s Church, when we had a Harvest Festival we used to take produce from the Harvest Festival to the little old ladies and little old men in those houses along there, and they had little tiny front gardens.  Beautiful houses.  And, of course they were all demolished”.

In 1975 St. Edmund’s ceased to be a church and became the Arts Centre. Despite that, some local people are still laid to rest in what was the graveyard, as Ken explains:

“It’s like Mother, you know, because we had her ashes put in the little burial thing in the Arts Centre, you know the little bit in the middle there.  In fact there’s quite a few now we’ve started doing it again , because I don’t think people realise they can put their ashes in there.  Quite a few people round here, and her friend’s in there now with her, so she hasn’t moved far”.