We believe this collection of pictures are from the street party and carnival procession held in 1953 featuring residents of Pennyfarthing Street. If you can tell us differently, we’d love to know more!

1. Stephen Anderson as a clown with his ‘troupe’ of local children as they bring out chairs in preparation for the street party

2. Cecil Street dressed as Old Mother Riley (Cecils’ son Roger said his father was quite a character and needed no excuse to dress up and entertain, a trait passed on to his son who can be seen with his merry band of traditional Mummers around Salisbury’s hostelries every Christmas).

4. Marigold Ann Smith with her father Cecil’s barrow decorated ready for the carnival procession. Cecil Smith was Stephen Andersons brother-in-law and owned a market garden on the Downton Road which is now the site of Dairy Crest.

7. The view from Winchester Street of the children of Pennyfarthing Street sitting down to eat at their Coronation Street Party

8. Sisters, Gillian and Penny Anderson with two neighbours ready for the Coronation procession

9. Cecil Street again with his wife and son Roger and behind with her broom Stephen Andersons wife Sybil Eileen Anderson who was known as Queenie 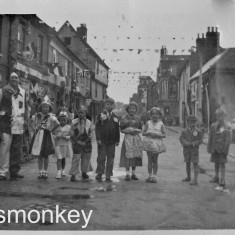 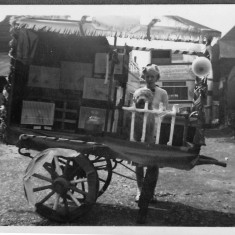 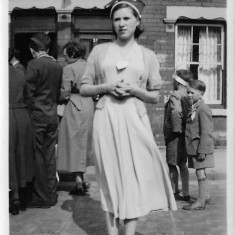 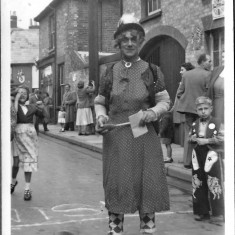 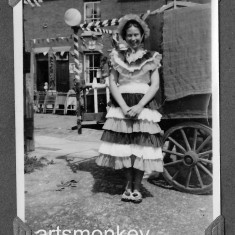 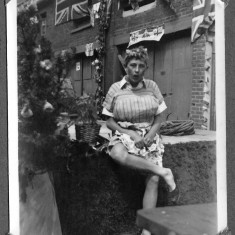 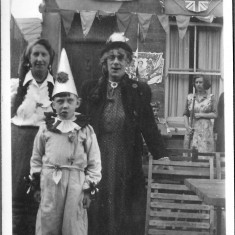 Cecil and his wife and son (Roger) in Pennyfarthing Street 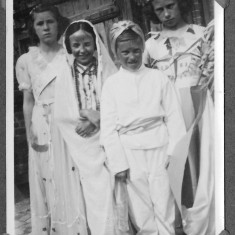 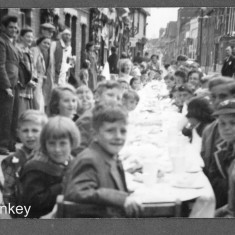